He does not ask questions but answers most. In the morning, he is always welcoming with a large smile and respectfully joined hands.

THE GUARDIAN OF KEYS

The first encounter with the driver may be intimidating.

When I get off the plane, come out of the airport, at first I feel the early symptoms of a jet lag: disorientation, lassitude, even annoyance.

My eyes wander, eagerly seeking familiarity, until I see a small whiteboard with bold black letters, a waving hand, and knowing looks. We finally recognise each other, and I smile as if meeting an old friend. Joining hands before his chest, Narendra Ji, the driver, bows down: “Good morning, welcome.”

Narendra is a tall dark man from Udaipur, the Venice of the East, where he left his wife and three children. His elegance comes not only from his impeccable linen beige suit, but also from his stature, the precision of each movement, and the choice of every word. His charm is subtle, almost unexpected.

Discreet and cautious at first, he does not speak much. But he gathers information carefully, observing his guest's behaviour and expectations. He is a hard worker, a perfectionist in every detail. He does not ask questions but answers most. In the morning, he is always welcoming you with a large smile and respectfully joined hands.

In the evening, he fades away to his mysterious parallel world. Hours and kilometres add up, and Narendra reveals himself.

Step by step, his personality develops, through a few English words, but mostly through looks and smiles.

The first time you notice: the car has stopped, a train goes by, and you walk out to take a few colourful pictures. You move towards the source of agitation. People on motorbikes, in cars, on foot, all stare at you with curiosity, you who think blue trains with travellers sitting on top are worth a walk. When the train runs off and you lose interest, it is time to go back to the car. That is when you realise that Narendra did not stay in the comfortable air-conditioned vehicle with the other passengers; he came out of it, simply to check on you. The perspicacity of this man is boundless. He knows when you are tired or grumpy, he knows when to stop for a break.

He also knows when you are curious to learn and then, he teaches you. A Rajasthani and Hindu man, he shares his knowledge with travellers. On the way, there are always interesting places to see: temples, cenotaphs, or simple villages. With the most admirable humility, he apologises, “I don’t know the history. But I can show you.”

Narendra talks with passion about the local economy, the abundant rain of the monsoon that pleases the farmers, and the peculiarities of each part of Rajasthan. He reads the newspapers every morning and comments on the new bill passing in Congress against corruption, a plague in this country. He admires the Indira Gandhi canal that brings water across the Thar Desert, from the Himalayas to Jodhpur.

He points at pilgrims on the sidewalk. Every day, Narendra opens a new door. Behind each of them are the hidden secrets of India. Drop by drop, they escape and reach your ear, through Narendra’s familiar voice, crossing the invisible but porous border separating the front from the back of the rental car. Of the treasure chest of our journey through Rajasthan, he is the guardian of the keys.

Polo, the game of kings

On the polo ground, two teams of four players on horseback rush in the direction of the wooden ball, jumping, flying, and whistling through the air...

It was early morning when Lizzy and I left Madurai for a destination we both knew nothing about. Mrs. Meenakshi Meiyappan... 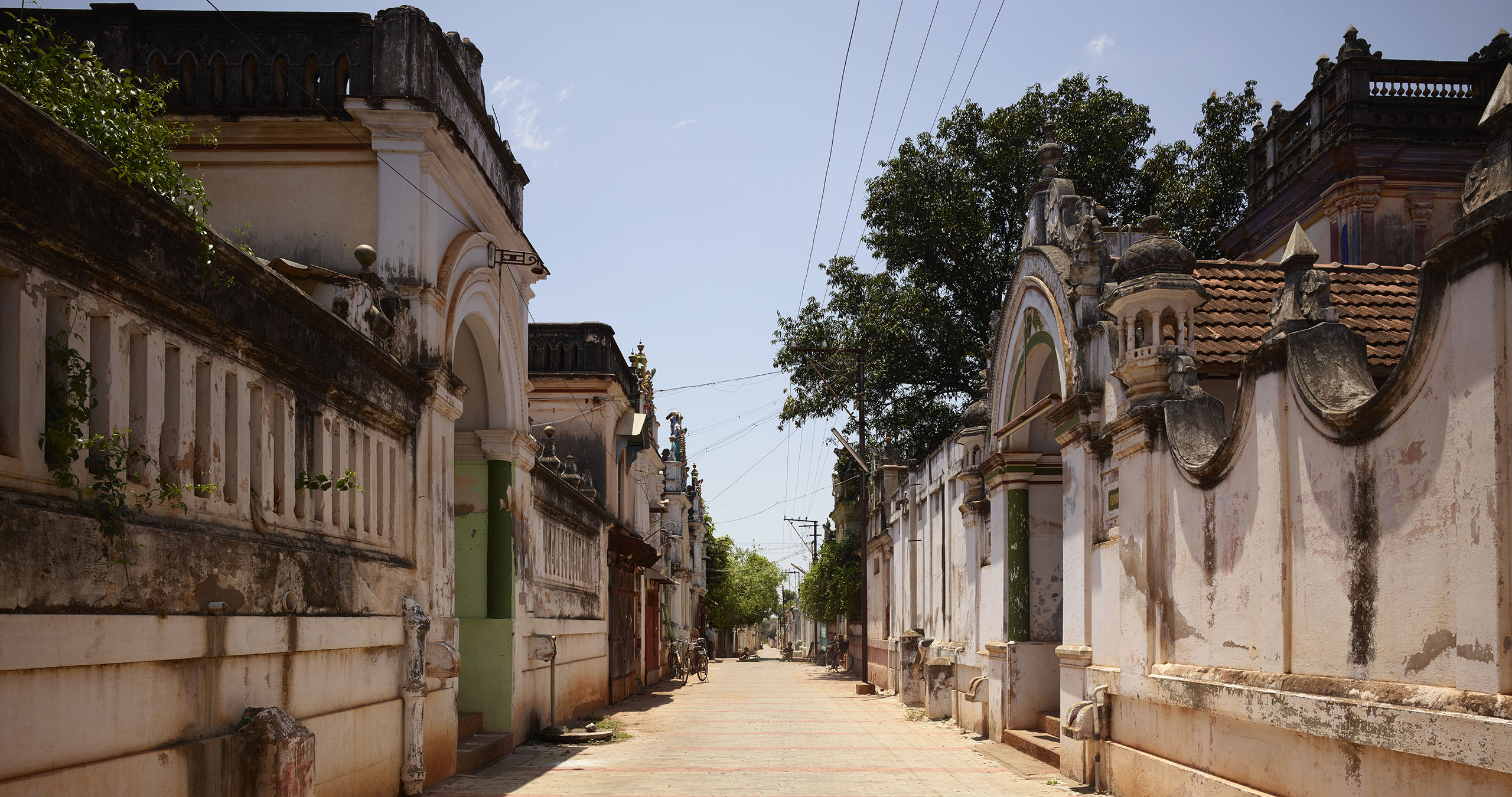 Like a predator and her prey. Like lovers in a courtship game. Masters in the art of waiting-dance...