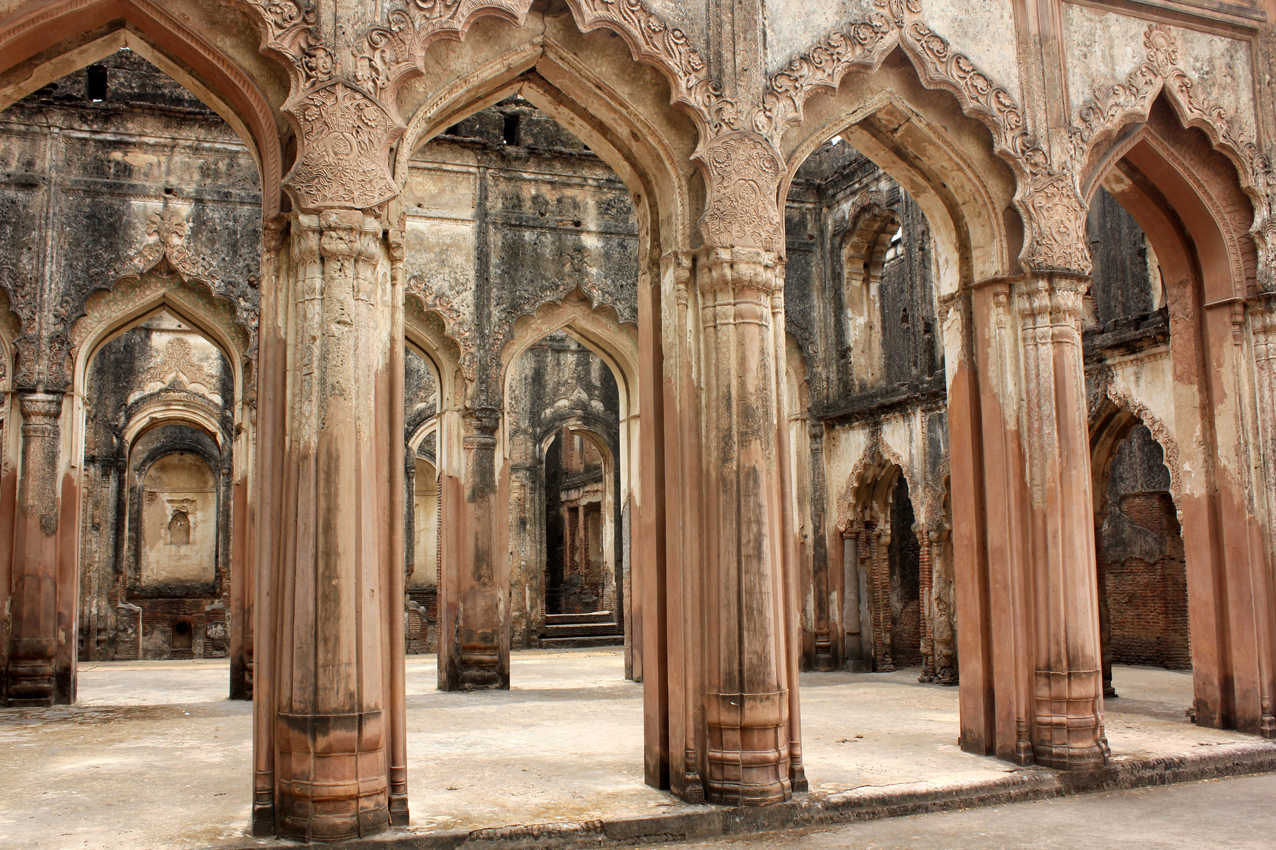 Exploring Indo-Islamic Architecture of the North

In the light of day, shadows of latticework recline and stretch. Atmospheric halls abide with the secrets of a thousand lives. The rhythmic clank of an artisan chiselling a tiny marble block suspends the majestic monument in time. A mystic’s soulful rendition reverberates across the hollow of a mosque. The practised hand of a cook deftly kneads the dough, fluffy breads emerge hot from the oven.

The olden seat of power, Delhi has seen the rise and fall of rulers and dynasties, growing with every event. Like the wrinkles of an old person, the narrow lanes of Delhi bear witness to the many influences that have shaped the city over centuries. Walk through the crowded alleys and be transported back to the Mughal era by the monuments and ruins that lay scattered amongst the modern.

As we travel further inwards, on the banks of river Yamuna lies Agra, a guardian land of Mughal heritage. Known widely for the magnificent Taj Mahal, Agra also holds within it the forgotten city of Fatehpur Sikri and monuments that are masterpieces of Indo-Islamic architecture.

The journey comes to an end in the marvel of a city known as Lucknow. Born out of the experimentation of Awadhi nawabs with different materials and styles is the Awadhi architectural style that decorates the city of Lucknow. Walk across the city filled with markets lively with native craft traditions and cuisine to come across ornate imambaras, durwazas, and other structures exemplary of Awadhi heritage.

An outsider, overwhelmed by the seemingly chaotic happenings, tends to forget that for the locals it is but a rhythm that they are used to...

Through the Lens of Wanderlust

Earlier this year, Gentl and Hyers worked with us on a photography workshop as a part of their initiative, This is the Wanderlust...