A KAMALAN PRODUCTION JOURNEY
WITH THE NEW YORK TIMES

Every home has a story to tell. The connection we form with home is deep-rooted and not easily forgotten. There are these fascinating homes found in the villages of Chettinad, a massive departure from the typical image of rural India. Streets lined with mansions greet one in a typical Chettiar village, plunging one into memories of an era gone by. In a collaborative effort with kamalan, The New York Times travelled through the region tracing the origin and examining the current state of these mansions.

The mansions of Chettinad were once hailing glory, homes teeming with activity and purpose, observing generations of a family pass through its colonnades and arches. So involved were they in the lives of their inhabitants that they became family themselves. A secret here, a celebration there, a bruise from a fall, or a fight in the central courtyard – they were privy to these to the extent that it became difficult to draw a line separating the animate and the inanimate, the living and the stationary. Now they lie, forlorn and majestic, collecting memories, and waiting to be found again.

It is to find these keepers of memories that we travelled to Chettinad. Our trip may have taken shape in a matter of a few weeks, but the prospect was nonetheless invigorating. We had a few other interesting ideas of what could be done in the region, but these lost mansions appealed to us more than anything else on the horizon. And so we set off, excited at the prospect of placing a foot at Chidambara Vilas, our first stop on the journey.

After a hefty lunch of local cuisine, we spent some time on a profile of the owner of Chidambara Vilas, shooting portraits of him in the ideal light. As expected when travelling with photographers, our journey was full of unexpected quirks, like climbing up rickety old government buildings, those which look like they would crumble under the stare of a stern cat, to get just the right angle and the perfect light for the image. One such instance was when Anthony happened upon a particularly exquisite façade and he wanted to capture it in just the perfect light. As a result, we were up before dawn perched in front of this mansion, poised to have on film the first rays of light falling upon the façade. And our effort was repaid tenfold when we saw what was born of this ordeal.

Our journey then took us to Tiruchirappalli, where once again we resumed our hunt for captivating facades. Anthony spotted one such façade which, after much deliberation, could be photographed from the building opposite. Consequently, we found ourselves picking a careful way up four storeys of a creaky old government hotel. When even that turned out to be an unsatisfactory angle, Anthony climbed up onto a precarious water tank and finally found the perfect way to photograph the building. At one point, Anthony even climbed up on a bus to capture a façade; in the process worrying our driver Bala and local guide Joseph to a great extent.

Often, as we would stop with our arsenal of photography gear, we would attract locals like flies to sweets to our curious party, inquisitive of our purpose, whispers surmising if we were there to shoot a movie. And we did cut a fine sight, with our tripods and multiple heavy cameras, waiting sometimes for hours at a spot to take the photo we wanted.

It is true that we went to Chettinad for its exquisite architecture, all being lovers of it here, a thirst for stories and histories forever on the tip of our tongues. And we did find tales, legends, and memories in these grand mansions. We found the grand old lady of Chettinad who remembers sleeping with her whole family every night despite them owning what was probably an 80-roomed mansion. We discovered one Krishna Chettiar who opened up his home to the hospitality industry. We found elaborate halls bedecked in treasures from over the world. We found candy-coloured chandeliers, handmade tiles from Athangudi, Corinthian pillars, wide courtyards. What we didn’t count on, but are happy that it happened, is that we found the lost mansions of Chettinad. 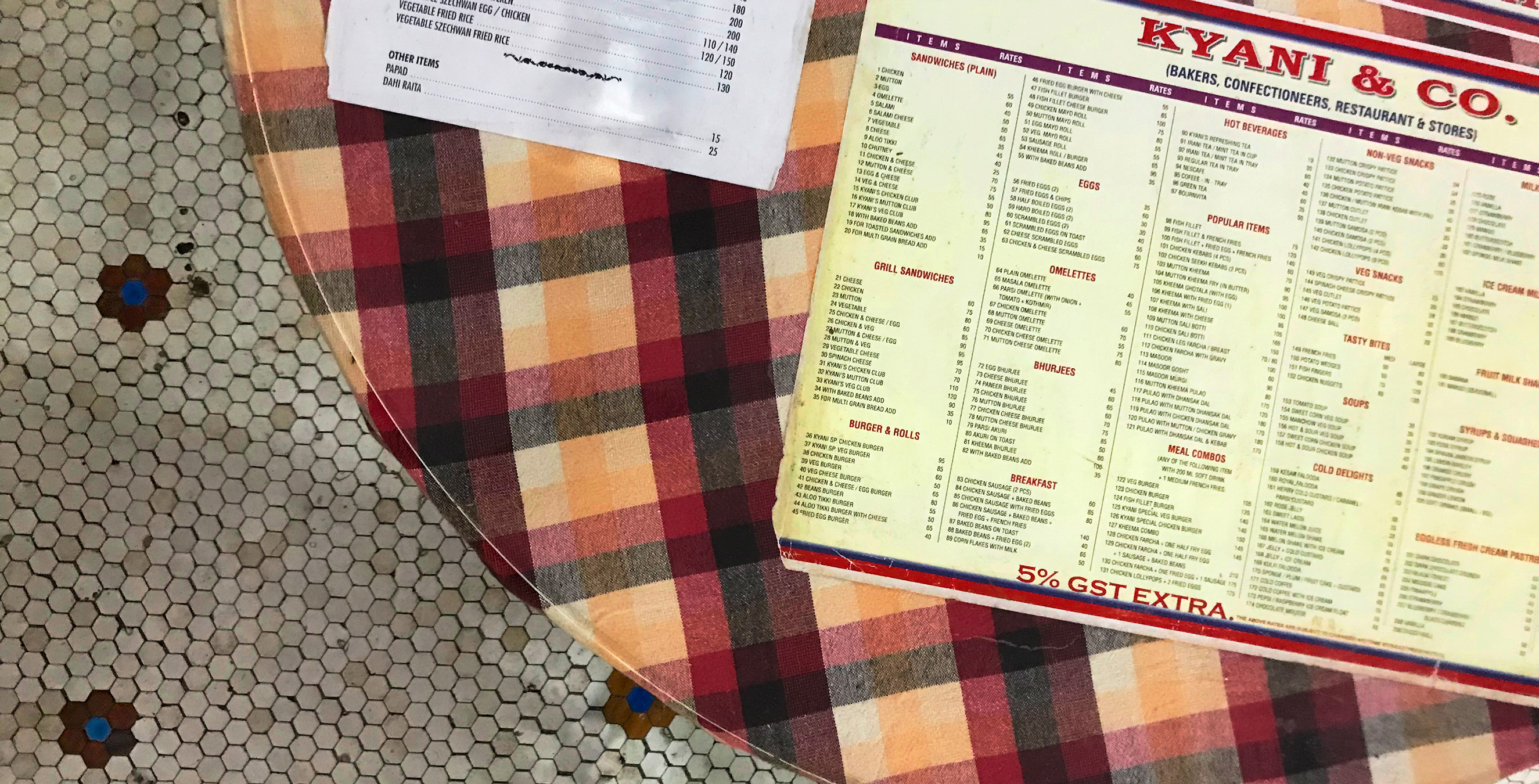 Get a glimpse of the unique cuisine of the Parsi community, documented through the waning Parsi cafes that were once an integral part...

The Hands that Create

Mostly unnoticed, all art emerged from handicraft. The clay turns to a pot, the wood is whittled to a veena, the nylons weaved into a net...