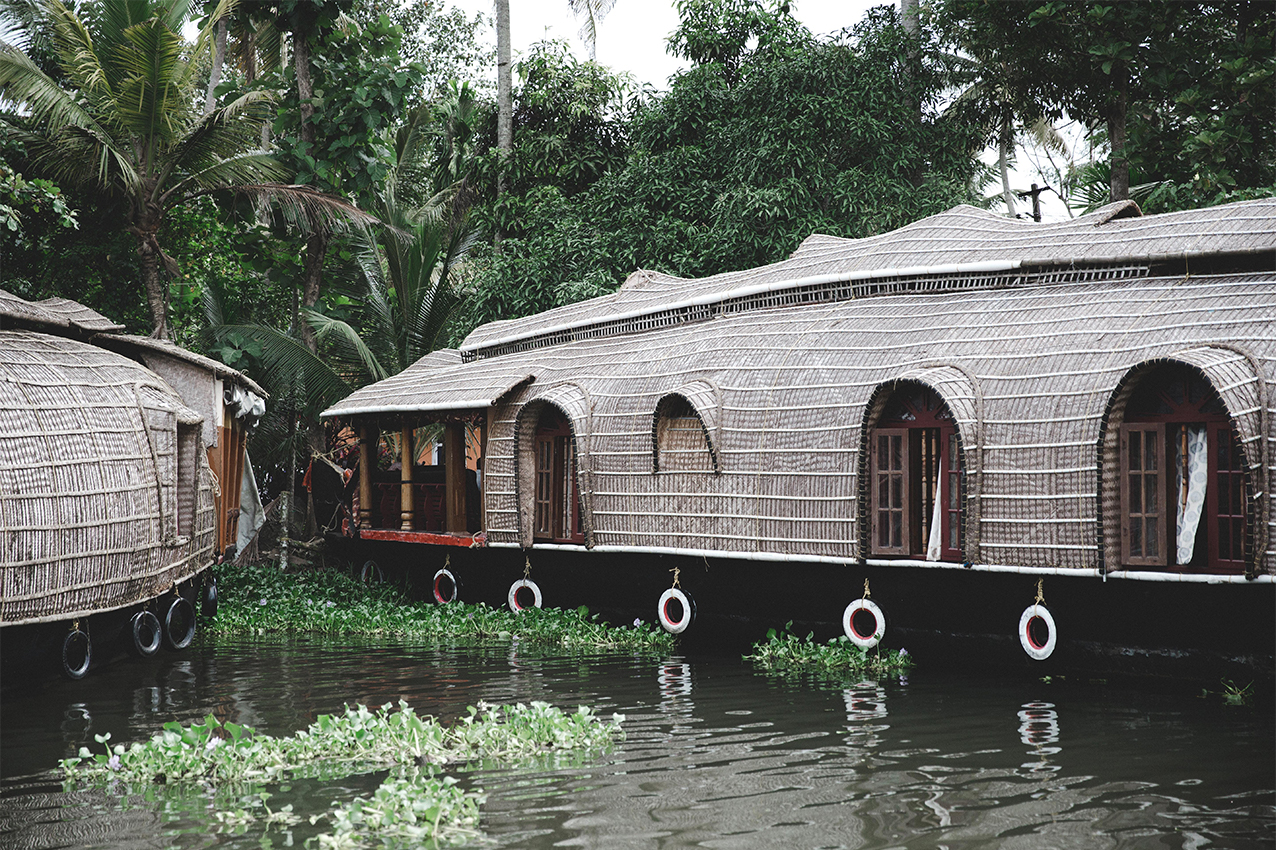 Into the Dravidian Heartland

Faint, in the early morning hours, the smell of the flower market becomes intoxicating. The artisan remains hunched, concentrated, while hammer and chisel chip away at bronze. Bougainvillaeas hanging over pastel walls blow gently in the sea breeze. As the dancer’s feet smack the floor in quick succession, the salangai voices its own rhythm. A massive ship chugs into the harbour, decks afill with goods from over the world.

This journey starts at Chennai, the cultural hub of Tamil Nadu before moving on to the temple city of Mahabalipuram on the eastern coast and trails the sandy beaches of the erstwhile French settlement of Pondicherry, spreading across the mainland into Thanjavur and Madurai, draining the Periyar basin in the forests of Thekkady. From here it emerges in the rustic backwaters of Alleppey before finally ending at the western coast, at the new port town of Cochin.

The fourth largest metropolitan in the country, Chennai offers a glimpse into the intricate weaving of India's cultural past. The imposing stone temples, artefacts from a colonial-era intertwined with the recent burst of modernity, Chennai is a world of its own. Visitors are offered a range of activities to pursue, from history and culture to the mouthwatering cuisine of the South.

From a bustling city, you move to the serene shores of Mahabalipuram. Surrounded by two beautiful lakes, the small strip of Mahabalipuram is home to some of the oldest architectural marvels in India. The famous Shore Temple overlooking the Bay of Bengal, with its large granite stone architecture perfectly encapsulates its essence. A huge monolithic rock, famously called the Krishna’s Butterball, hangs miraculously on a slope just so and has survived earthquakes through the ages.

The journey continues southwards and into Pondicherry, a city caught in a time-warp, which tells the tale of French influence and Tamil sensibilities. Walking through the cobbled streets, the romance of the old French town comes alive with sprightly shades of yellow on its chic buildings and colonial churches. Merchants sell country-made glass bangles in front of chic designer boutiques and the pleasures of coconut-based cuisine can be had in cafes with sophisticated French names.

The city of Thanjavur, south of Pondicherry, gleams with one of the oldest temples in the county. Once the cultural seat of the Chola empire, its splendour is visible in the many majestic temples in and around town. The epitome of the Dravidian style of architecture, the Bhrihadeeswara temple is situated in the heart of the city with a wealth of art, painting, sculpting.

The journey moves towards the mainland, and into the city of Madurai. The prime centre of Tamil culture, literature, art, music, and dance, Madurai has flourished through the centuries and has preserved its tradition of celebrating culture through the confluence of poets and artists, even today. The Meenakshi temple with its towering gopurams, sculpted brightly from stories of the past, stands tall in the proud blue sky.

In the Periyar basin, the deep jungles of Thekkady are home to a variety of species of indigenous flora and fauna including the mighty Indian tiger, elephants, deer, and langur to name a few. The Periyar National Park has sounds of local birds and gurgles of streams which can be explored by walks, treks, and the cradling bamboo rafts on the river.

Trail through thick forests to the pristine backwaters of Kerala in the little town of Alleppey. The lush and graceful backwaters of Alappuzha, anglicised as ‘Alleppey’, provide a rare respite from the bustle of cities. Cruise through the backwaters in the unique houseboats, or visit the temple by the lake known for its beautiful architecture. Unwind on the untouched beaches of the town before continuing to the busy city of Cochin.

The journey concludes at the western coast of India at the port town of Cochin. Popular for Dutch and Jewish influences, Cochin is the land of spices and Chinese fishing nets. Home to Kerala’s fabled backwaters, the roots of history run even deeper in Cochin to support the skyscrapers of modernity, much like the tallest of coconut palms that tirelessly line the coastal city.

This journey traces heritage through the remnants of the dynasties that ruled Madhya Pradesh from ancient times till the present...

It was early morning when Lizzy and I left Madurai for a destination we both knew nothing about. Mrs. Meenakshi Meiyappan...

The House of Toys

In Vilachery, near Madurai, all come to find an icon, an idol, a doll, a toy...